Orphans of the Kraken Review

Orphans of the Kraken Review 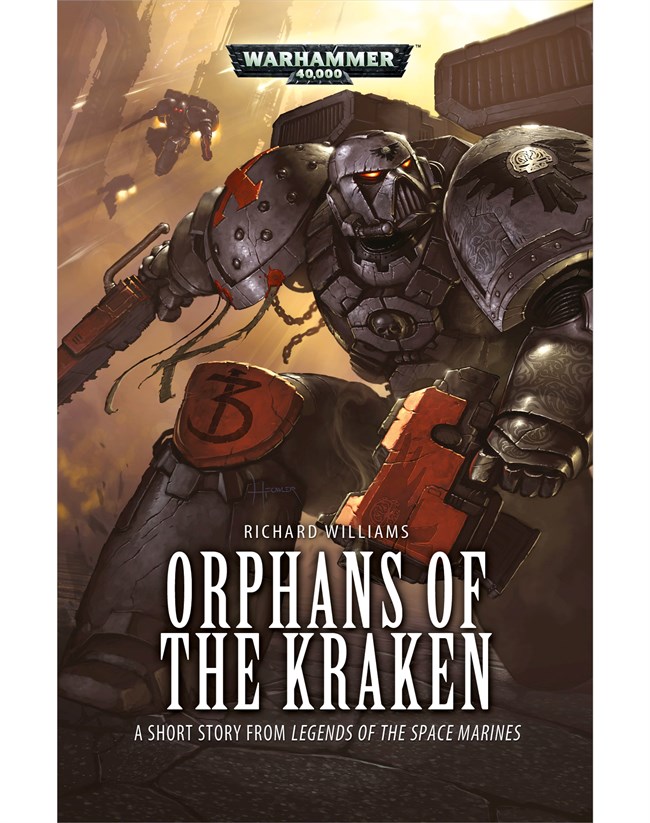 Orphans of the Kraken is a short novel written by Richard Williams set in the continuously war-torn and ravaged Warhammer 40k universe.

Firstly I would say like many of the Warhammer 40k novels, it pays to have previous knowledge of the universe, however this short story is still fairly understandable without it. With that said, let us begin…

Scythes of the Emperor. You would be forgiven for thinking this is the name of your local death metal band, but in this context they are a lesser known Space Marine chapter dedicated to serving the will of the Emperor of Mankind and who have been decimated by the Tyranid alien race and their Hive Fleet Kraken.

The novel follows the story of Brother-Sergeant Tiresias, an experienced yet emotionally conflicted Space Marine leading a Salvation (salvage) squad of neophytes (think trainee Space Marines) into the heart of “deceased” Tyranid Hive Ships to harvest the gene-seed of their fallen battle brothers. His novice team consist of soldiers from less than ideal backgrounds and he certainly doesn’t hide his contempt for that fact. The setting of a former “living” ship and the description of its layers and functions are truly fascinating. As you can predict, their journey within the Hive Ship is full of danger and surprises, especially the later arrival of Cassios to challenge the authority of Tiresias.

The beauty and intrigue of Orphans of the Kraken, especially when compared to other Warhammer 40k novels is the author’s use of telling the story from Tiresias’ perspective and therefore projecting his thoughts and feelings throughout. Tiresias is a combination of bitterness towards what the Tyranids have done to his beloved chapter, yet still strives to push forward and make the best of the juveniles under his command. I guarantee you will become attached to them as you delve further into this book - Pasan, Vitellios, Narro and Hwygir all have their own personalities expertly portrayed by Tiresias’ thoughts.

At times the story harks back to memories and flashbacks from Tiresias’ time within the Scythes of the Emperor which goes a long way to establish a backbone of history for the chapter, which gives you a taste for more.

This leads to my only real criticism of Orphans of the Kraken and is a simple one - it isn't long enough. I appreciate it was designed as a short novel to give a focused and insightful look into a little-known marine chapter and their background, in addition to the workings of a Tyranid ship. However as a massive enthusiast of giving attention to the lesser known chapters, I just felt more development would have been of great benefit to the novel.

Overall, I think Orphans of the Kraken is definitely worth your time (and relatively small amount of money) if you are invested in the Warhammer 40k lore and especially for fans of the Tyranid race. For those people who do not fall under this category, it is still a great way to get a taste for this vast and complex universe in 80 pages.